If you answered “yes” to either question, you may want to research the latest information concerning the changes for available wireless frequencies.

(for informational purposes – information applies to the United States only)

A wireless microphone is very handy for today’s DJ or dance Instructor. The ability to be mobile around a room full of people and be able to speak over any noise is paramount. The ability for the microphone to communicate with the receiver is dependent on a frequency. Older style microphones have a single frequency while newer models have multiple frequencies.

Each “set” is programmed to use a specific frequency or set of frequencies. These are within a specific band and typically cannot be switched out. The “band” that is now causing an issue is in the 600 MHz spectrum.

The frequencies that are used by wireless systems are also shared by broadcast television – the TV stations you can get with just an antenna.

As a consumer, we are required to accept any interference that we receive – and we are not allowed to interfere with others. Sounds kind of one sided if you ask me!! 😉

There is a transition period. The auction was completed in August of 2017 and all services will not be completely transitioned until July 13, 2020.

Even though there is this transition period, some towers will start to transmit on these frequencies prior to July 2020. If you have a wireless microphone set in the 600 MHz band, there is a possibility that you will start to hear other sounds when you try to use it.

The 700 MHz spectrum has been reserved for EMS (Police / Fire / Ambulance) since 2010. Only commercial EMS services and commercial providers of wireless service are allowed to operate in the 700 MHz band. More information

What can we do?

First, if you have any wireless mics that operate in the 700 MHz band – STOP using them! You can impact emergency services.

Second, if you have any wireless systems that operate in the 600 MHz band, you will need to understand that they are no longer allowed. The best choice is to trade them in – or sell to someone from another country not affected by these limitations.

If you are in the market for a new wireless microphone, you will need to find one in an acceptable band.

Going forward, anyone selling a wireless microphone or other device designed to operate in the restricted 600 MHz wireless service band (617-652 MHz / 663-698 MHz) will be required to notify buyers at the point of sale that the device may no longer be used after July 13, 2020, and that users may be required to cease operation earlier if using the device could cause harmful interference that disrupts wireless communications for new service licensees. DA 17-709

There are a few “frequency finders” on the internet. A handy one is done by Sennheiser located here: http://sennheiser.us/freqfinder/index2.html

In my case, finding a wireless set that uses these frequencies would be my best bet!

As you can see 2010 brought on changes and then again in 2017. Nothing is guaranteed and can change again in the future. 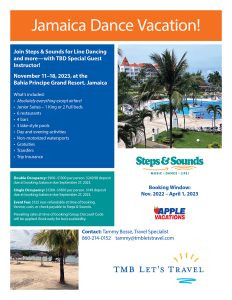